It is important to consider the basic elements of the news when interpreting it comprehensively. The news from which it is made. There are five such cars. It should be noted here that ‘who’, ‘what’, ‘where’, ‘when’ and ‘why’ are the famous ‘cars’. Adding a team to this could be newsworthy. You can imagine it while reading the daily issue / newspaper. These five ‘K’ cars are universally accepted in the correspondence worldwide. 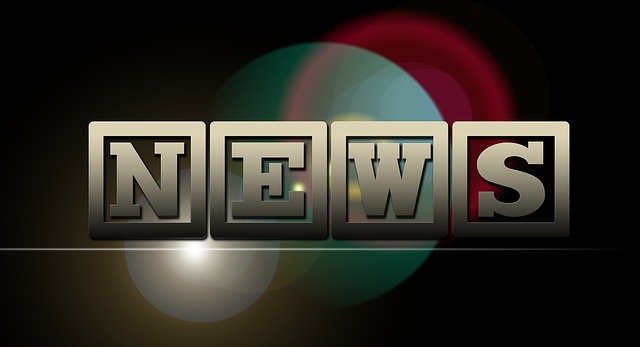 Even if none of them are ‘K’ cars, the news is likely to be incomplete, incomplete. At the same time, it is necessary to explain how all this happened. From that point of view, the ‘how’ factor is important. This means that the latest ‘C’ car, as mentioned earlier, is the latest news.
A newspaper is a newspaper that gives news everywhere. Intermittent NEWS on a channel advertised that we cover all directions by mentioning North (North), East (East), West (West) and South (South) directions. The power of newspapers, their core strength in the compilation of news. First of all, it is connected to the overall comprehensive system of giving more and more news.
News and the word comes before it, it is the event that has news value, it is the event that is happening in the news, the details related to human life, the context of prosperity or decline, all these things are in the news. So the news value can also be different. Here is an example. Some activists from Marathwada had come to the entire city in the summer.
At around 5 pm, on Laxmi Road, Karve Road, he saw shopkeepers taking a bucket of water and spraying it on the road in front of the shop. Using so much water was beyond their comprehension. But for the shopkeepers in Pune, it was the usual part. It would have been news for the activists in Marathwada to use so much water.
Of course, it should also be noted that news coverage is increasing. Topics are becoming wider, more and more masses, the neglected class is coming to the periphery of the news. In other words, along with the incidents taking place in the context of leaders, police, officers, dignitaries, the happiness and sorrow of the poor man has now become the subject of news. Just as the student who achieves the highest, excellent success is the subject of the news, the success of the student who studies hard from a poor home is also the subject of the news.
In a way, this neglected class is coming to the perimeter of the news, breaking the traditional framework and forcing us to take notice of our existence. A few years ago, interviews of students appearing on the merit list in SSC or Matriculation examinations used to come with their photographs. They still come today. But now another new reference has been added to it. If a student from social, economic or backward class is getting good success, then his interview and photo are also being published in newspapers.
Not only that, but don’t be discouraged by providing new information about the individuals and institutions that guide students who have failed. Newspapers have also started making such appeals. In short, every aspect of human endeavor, struggle, and determination to overcome adversity has become the subject of news. Newspapers have consciously accepted it, as well as informed readers. In order to find the answer to the question of what is news, we will try to present some things in a formulaic way.
(A) News is a recent event or event, which means an event that appeals to everyone’s curiosity, curiosity.
(B) News is the news of different events taking place in New York, USA, from the reader’s village. This means that the news that records events from the local place to the most important center in the world, the newspapers today have taken us so far.
Newspapers are still considered more reliable than electronic media in this regard. We always feel that the electronic media is advancing rapidly in terms of news coverage, but how can we deny that we are not satisfied unless we see the news in the next morning’s newspaper?
(E) It is news to provide fresh, up-to-date information on topics of concern to the general public. This news has special significance in all newspapers. Newspapers give a special place to the news on which the affairs of the masses depend. Riots in a city, curfew, its duration, stressful area, shops-schools, transport facilities or not. All the details have to be given. These news stories are very simple. But in the wake of the riots, it would have received news value.
(E) Natural disasters, calamities, accidents, etc. are of course news. Because of the large number of casualties. From John Cleron’s point of view, “News is not an old thing, but a fresh, new thing.” In her book, Journalism for Beginners, she notes that news is not history. The subject of the news is related to today-tomorrow.
Yesterday is not a news item. and Journalism scholar Dr. Only J. Kumar says that crime, violence, sports, politics, big bucks are not just news, but aspects of development in science, industry and agriculture are also making headlines.
(‘Mass communication in India’) Another point to note about news. The place where the news takes place and its surroundings are of special importance in terms of news value.
From that point of view, we have to consider the local, regional, national, international level and the news related to various issues, the question-related sentiments. It is necessary to give news by considering the issues of local people, various topics of their interest.
This news is of special importance to district or regional or divisional level newspapers. The election of taluka panchayat committee chairperson, setting up of fodder camps for animals in the district as a solution to drought, water supply scheme by tanker and interruption in power supply are the news items and they are important.
Of course, state-of-the-art, international-level news outlets have to be briefly covered by local news-influenced newspapers. Senior journalist Chanchal Sarkar had made a statement about the proximity of the news. If you look at it, you will see how the news can be included.