The political heritage of ancient India 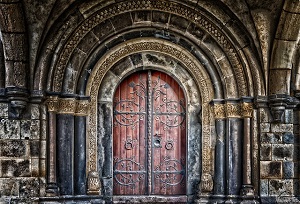 Ancient Indian Republics and Mahajanapadas exist before the arrival of the Harappan culture, as well Political structures in the Vedic and epic periods To be understood. From that structure the oldest of India The political legacy went to Jopas. Some political in this structure Transitions took place and Buddhist republics emerged Came. Along with these republics, some Mahajanapadas and Tribal kingdoms also existed. Political in ancient India The first clear outline of structure and political transition Mahaparinibbanasutta is found in this Buddhist scripture. Harappan culture is the beginning of the history of India Considered from time immemorial.
Available so far Based on the remains, it is clear that this culture is extreme Was by taking an advanced and civic form. In the context of this culture Based on the remains available from the excavation Draw a clear picture of social, cultural and religious life Goes. But no information about the political structure Not available. Come to a highly advanced political structure The only assumption is that time should exist.
This structure was monarchical or republican No conclusive evidence is available. Ancient Indian political structure and its occurrence A definite graph of the transitions from the Rig Veda period Can be drawn. Independent political elements from the Aryan lineage Came tomorrow. These elements take the form of royal gangs Done. The chief of the gang was identified as Rajan. This is the village These were the basic elements of the structure. Acting as Gramani Grampramukh That’s it.

The ancient Saptasindhu region means the Northwest Frontier Province, Many Aryans in Punjab, Kashmir, Sindh and Rajasthan Tribal kingdoms came into existence. Puru, Yadu, Turvas, Anu, Druhyu,
The Bharats were the major tribe states. Shiva, Kikat, Aj, Sin, Yakshu, these were the tribal kingdoms. Without it, There were also gang states with good names. Meaning the answer In India, in the Saptasindhu region and in the surrounding forests Many small and large gang kingdoms emerged. Or Tribal divisions are generally divided into Aryan and non-Aryan tribes Is done in such a way. The first political in ancient India The structure is in the form of gang states. In this gang state There was conflict. The first wave of political transition began.

In the Rig Veda as the first political struggle in India The Dashrajya war is mentioned. This conflict basically fills And Puru is the conflict between the gang states. Of the Bharat gang Rajan Sudas was the first mighty king. He belongs to the Puru gang Defeated and established the undisputed dominance of the Bharat gang. This fragmented country with the memory of the heroism of this Bharat gang Came to be known as India. Over time, Puru and The tribal kingdoms of Bharat came together and the tribal kingdoms of Kuru His power stabilized in form. Kuru in the post-Vedic period, A huge gang of Panchals had arrived in the state tomorrow.

Monarchy is the main form of government

Come to the Uttar Veda period as well as the Rig Veda period The structure of the clan kingdoms was monarchical. Rajan Became more powerful. Initially the king was in the administration The importance of House of Representatives meetings and committees that help Diminished and all the power of decision-making belonged to the king Focused there. The monarchy expanded. King, Maharaja, Rajadhiraja, Samrat, Sarvabhaum, Ekrat hi tatalin birude, Suggest an extension of the monarchy. Come to the monarchy With the expansion, the administration system expanded. Advise the king Ratlim, the giver, the helper in the administration, so recognized steps. The concept of cabinet was further developed from this Ratlim. Reena is the cabinet in terms of the king’s choice Members were of paramount importance.