Tribal kingdoms, monarchies in India since ancient times Republics and Mahajanapadas existed. Political The structure was largely influenced by the monarchy. There were some exceptional republics, but they were rare In format. Initial meetings of the monarchy in the state. 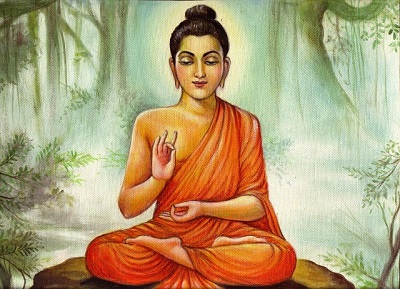 The House of Representatives was important. But As the monarchy became stronger, the kingdoms expanded, As the power struggle intensified, power became centralized. Assembly And the importance of the committee diminished.
King, priest, the importance of the king’s cabinet to the jewelers continued to grow. All power Centered on the king. This is the situation in the Mahabharata After the war it lasted till 6th century BC Looks.

6th century BC is the history of the world An important period. Of intellect and philosophy This period should be known as Yuga. In China Founded by the philosophers Confucius and Lao Tzu He set aside religious ideas and developed new philosophies.
The same Awakening and establishing the expression of the kind of independent wisdom Thought-Rejecting Philosophy Amos in Palestine and Isaiah prophesied both. In India during the same period Rejecting established subjective philosophies, Brahmavadi thought The new philosophers Siddhartha Gautama Buddha and Vardhaman Presented by Mahavira.
With the philosophy of Gautama BuddhaThis period is the Buddhist period as a new era has  dawned That is why it is rightly called. At the level of philosophy As the transition took place during this period, so did the political It also happened in the area of ​​structure.

The nature of the political transition

Tribal kingdoms from the Rig Veda period And rarely did any republic exist in India. Or The existence of the kingdom can be traced directly back to the Mahabharata period. In the period up to the Mahabharata war, the monarchy system The effect of the structure was overwhelming. This effect is Buddhist Seems to last until the beginning.
Political in Buddhist times The transition begins. This transition is monarchical Going from structure to republican system structure. From Vedavangmaya to Ramayana, epics like Mahabharata A reflection of the politics of the time is found. As well as AD Of political thought from the 6th century BC and The political structure is reflected in the Buddhist scriptures.
Out of it The influence of the monarchy seems to be waning. Tribal states with a republican structure became effective Appear. These republics emerged during the Buddhist period. The next two Realizes their existence for four hundred years. Panini or ancient From the grammar expert’s Ashtadhyayi Mahajanapada’s Ati The Republic comes with a clear direction. And FIG The king did not rule over the republics. Such kingless kingdoms There were many in Buddhist times.
There were small republics. There were small and big tribe states with Mahajanapadas. Republics were also referred to as federations. The princely states assumed the form of Mahajanapada during this period Was done.

Considering the nature of the Buddhist political structure It is clear that the ruling over a wide area Sovereignty has not yet come into existence. Although in North India Such is the situation. North in many small-to-large states India is divided. From South India and especially.
The nature of the Deccan Plateau region is only very dense Of the forest. Rarely are some tribal states even on this plateau Should be. Continuing in these small to large states of North India The struggle must continue. The republics became effective through this struggle. The influence of the gangs and the teams grew. People’s participation The existing states prospered. The dominance of ancient gangs is over Gang kingdoms came into existence.
All power in the hands of the king Focused. Many states of such monarchy Once upon a time it existed in India. Buddhist politics In the structure, power shifted from monarchy to the masses, to the gangs Seems to be happening. All decisions in the organization are discussed Being taken by the majority. Ganajnas took the place of Rajajnas. All decisions were made by the team. This is democracy The word is used in a broad sense in modern times Ancient democracy may not have such a broad meaning. But The process of transition of power from the universe to the universe is Buddhist It should be undeniable that it started in time.

The democratic nature of the Republic

The nature of the republics of that time How similar it was to the concept of democracy Explanation between Siddhartha Gautama Buddha and Ananda Gets through communication. Siddhartha talking about Vriji Republic Gautama Buddha tells Anand that as long as Vriji is in the Republic People come together in the organization, united, united Make decisions and act accordingly, as long as Vrijji The seniors in the team, the older ones are respected, theirs As long as ideas are valued, the Vriji Sangh will prosper Will continue to happen.
This dialogue is in the Mahaparinirvana Sutra. From this conversation The democratic nature of the republic was clear. Decision by majority Let’s take, respect the people’s opinion, respect the elders Everything was in a Buddhist republic. Like meetings or committees for discussion in the community Also some rules for the decision making process in the House of Representatives Was fixed.
These rules are today’s democracy Note that the procedures are the same. When making collective decisions Or a draft bill before it is passed To present to the people, those three ways In the meantime
Considering the suggestions received and finally the bill The process of consent was the norm at the time. Today’s The same decision making process is going on in the Legislative Assembly and Lok Sabha today Is the norm.
Also special for voting and counting The rules were still in force at that time. Special ballot papers for voting Asat and independent controlling the voting process An officer was also appointed. The quorum of the meeting was considered. All these details are recorded from the writings of Buddhaghosa