Write the story for the Newspaper

In recent times, there have been incidents of murder of young women in a one-sided love affair. From Rinku Patil of Ulhasnagar to Amrita Deshpande of Sangli in 1999, many girls were killed. Newspapers repeatedly wrote about it and tried to awaken the society. In a traditional society like India, the flowering and blooming of a woman used to have its limits. 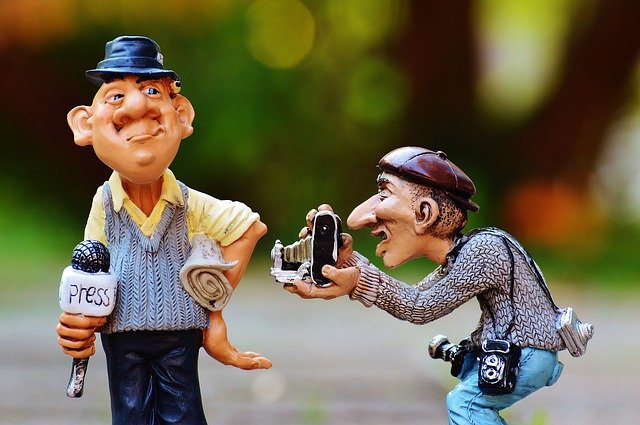 However, the new age environment has changed. Women who keep their personalities neat, who influence their personality, create a different place in the society. These women proved by their own example that we are nowhere short of intelligence, obsession. It definitely affected the society. Newspapers have started publishing the profiles of some women who should be considered as models or role models. Newspapers have tried to promote the idea of ​​equality up to the point where not only men but also women can lead the society.
Newspapers gave prominence to activists, organizations and movements working in this regard. Awareness was created in the society that injustice against women is not a matter of suppression but a matter of danger. In a sense, the new environment helped to create a bit of feminism. Along with newspapers, monthly periodicals enriched women’s awareness.
Magazines like ‘Stree’, ‘Milun Saryajani’, ‘Baija’, ‘Amhi Striya’ and ‘Akanksha’ have kept their publications working with a focus on women. Newspapers opened many of its columns on feminist questions. Some new columns were started under the names ‘Sakhi’, ‘Maitrin’, ‘Kutumb’, ‘Chaturang’, ‘Chatura’. It covers everything from family abuse to maintaining your personality. Awareness of women and their movement also led to changes in the law.
In direct governance, reserved seats for women were created in the administration. In 1994, an advanced state like Maharashtra set up the country’s first women’s commission at the state level. The government considered women’s health, education, government planning for their economic upliftment, increasing technical education facilities, women’s participation in local bodies under the Panchayat Raj Act, and legal aid centers.
Newspapers played a positive role in this regard, and efforts were also made to raise awareness about the issues of Muslim women. Several newspapers started separate columns as a forum for discussion on women’s issues. From ‘Sakal’, ‘Lok Satta’, ‘Lokmat’ to the Nikhil Wagle edited daily ‘Apalam Mahanagar’ published from Mumbai, all the letters took this social role.
As mentioned earlier, the deprived world of Dalits, nomadic destitutes, neglected people was awakened and they were finding their place within the social media. The mass movement was taking shape. Giving space to their news was starting to happen. A new consciousness was coming into the world of newspapers. The working class, the working class, the new literate, were looking forward to the world of newspapers. Newspapers started circulating with a sympathetic attitude towards him. With these new realizations, epoch-making, the neo-rich, upper-senior middle class that ruled the market grew during this period.
Very rapidly urbanization, urbanization began. In 1991, developing countries like India had to compete in the global market. From there, a new economic crisis began. The economically strong class began to grow. Organized employees, stock market investors, consumer-oriented producers, new customers with the ability to buy products or commodities in the market, the world of newspapers immediately noticed it. Separate supplies for this class, column writing began to be given space.
In the past, economic issues were related to the budget of the central or state governments. Now that picture has changed. Large amounts of financial news coverage began to appear. In the field of newspapers, there seems to have been a change in the way economic news is given a place in the news, in important economic transactions, the central and state governments pay attention to the taxpayers. For example, in view of the significant number of income taxpayers, the newspapers focused on starting a guidance column for them and providing information about it.
Newspapers started new columns on sales tax and income tax. Many topics in the field with huge investments like construction became important in terms of news. The subject of purchase deed between the builder and the flat holder began to be given in detail in the newspapers for the respective class. By simplifying the complex rules, they began to present the opinions of experts.
In the post-independence period and especially in the post-1960s, newspapers covered various movements in the society, the parties of the deprived classes, the efforts of the newly awakened group and their struggles. Newspapers drew attention to these issues by adopting a broad social consciousness.