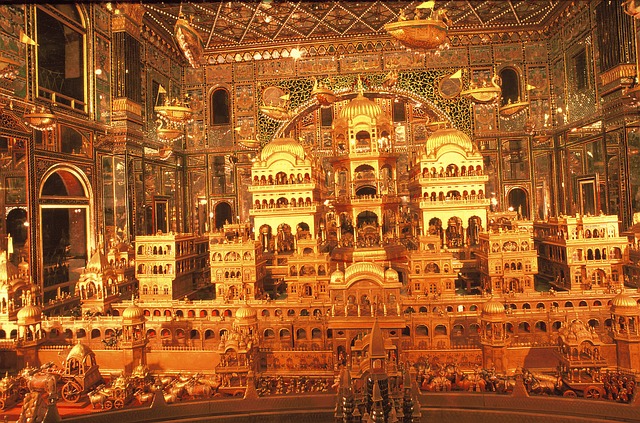 Ayodhya in the north in 1856 Sansthan Dalhousie did the Khalsa. Who are wealthy This institution already had the attention of the British. 1761 Nawab of Ayodhya in the third battle of Panipat in Sujauddaula Ahmad Shah without helping the Marathas Had shaken hands with Abdali.
Next up Sujauddaula’s demise during Madhavrao’s career Decided to do. At that time he spoke English for self-defense The British kept the army in their state and told the British about it Broke. Suja came to the throne from time to time The Nawabs did bad things according to their ability.
But it did not make a difference in the splendor of Ayodhya. One The English resident relied on the recovery of Ayodhya Maya of lakhs of rupees and left for England Put.
The same wealth of Ayodhya also belongs to the British company There was an eye. Warren Hastings to the Begum of Ayodhya The story of the robbery is well known.
Chief of Ayodhya With the help of the Prime Minister, they raided the residence of the Begum Hastings looted Rs 76 lakh The women were humiliated. Disgrace to the English The people of Ayodhya are outraged by this incident Had come.
Each time a new heir came to the throne That is, the British army was growing. That the army grew Breaking the extra trap for her expenses came naturally.
In 1847, Wajid Ali Shah became the Nawab of Ayodhya. Ayodhya during the reign of this young and prosperous Nawab The administration collapsed.
At that time Lucknow (Ayodhya) The capital of the province) by the English resident (Sleeman) The British should take control of Ayodhya temporarily.
That’s what Dalhousie suggested. But Dalhousie had a different innings Put. With the State of Ayodhya in 1801 and 1837 Proposing a new agreement by canceling the previous agreement He put forward Wajid Ali. By Wajid Ali himself The state of Ayodhya was to be handed over to the British and his In return to him and his future heirs, Shahi It was proposed that the British pay the family.
To sign it is to throw a stone at one’s own feet Was worth taking. As soon as Wajid Ali started avoiding Dalhousie decided to overthrow the state. The idea of ​​Sansthan Khalsa to the people of Ayodhya Not at all interested.
On August 18, 1855 To the British by holding a meeting of the prominent people of Ayodhya Raise money by subscribing for grazing and Ayodhya It was decided to save him from the greedy eyes of the British.
A leader named Qasim said at the meeting, “The British Gold and we have a taste for freedom. When By adding your private to the government treasury We will protect our freedom by giving gold to the British ‘. Behere.
Next on 4th February 1856 Ayodhya To say that the public opinion was agitated after the Khalsa No need.
Sixty thousand of Sansthan as soon as Sansthan Khalsa Soldiers were given leave and unemployment Kunhad collapsed. Hundreds living in the shelter of the court Artists and craftsmen were exposed.
Land deeds Confiscated lands of many landlords for not showing Were done. Newly appointed Englishmen in Ayodhya.
Reckless behavior of officers and carelessness Due to the decisions taken, Hindus and Muslims were shocked Woke up, unrest spread in Ayodhya province and secret The conspiracy began.