Skip to content
Home Festivals Detailed Information and All Facts About Kumbh Mela
Kumbh Mela (Aquarius)
Although Kumbh Mela is not a traditional festival, it is a big religious festival celebrated in different parts of India at different times. Devotees have a strong feeling that there is a festival at that time. ‘Kumbh Mela’ is also known as Kumbhavarsha. 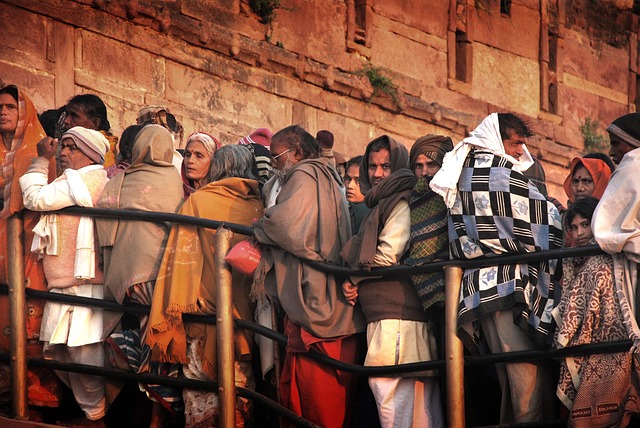 In mythology, gods and demons churned the sea. On that occasion Dhanvantari came up from the sea with Amrutkumbh in his hand. Fearing that the demons would become immortal if they got nectar, the gods snatched the nectar from Indraputra Jayanta. At that time there was a fierce battle between the god and the demon and the nectar spilled in twelve places. Four of them are located in India and Kumbh Mela is held there every twelve years. The above legend proves the antiquity of Kumbh Mela. Prayag (Uttar Pradesh), Hardwar (Uttar Pradesh), Ujjain (Madhya Pradesh) and Nashik (Maharashtra) are the traditional holy places of Kumbh Mela.
The Kumbh Mela of Prayag takes place when the Moon is in Capricorn, Jupiter is in Taurus and the new moon is on the date. During this period, more than eighty lakh devotees gather and bathe in Prayag. The Kumbh Mela of Hardwar takes place when the Sun is in Aries and Jupiter is in Aquarius.
Nashik’s Kumbh Mela takes place when the Moon is in Cancer and Jupiter is in Leo. (This Kumbh Mela is called ‘Simhastha Parvani’.) Millions of devotees bathe in Godavari at this time. Ujjain’s Kumbh Mela takes place when the Sun is in Libra and Jupiter is in Scorpio. On this occasion, millions of devotees bathe in the river Kshipra.
According to astrology, Jupiter’s orbit in the zodiac is completed after twelve years. Therefore, Kumbh Mela Yoga is held in every place every twelve years. According to the chronology, Kumbh Mela is celebrated in one of the four places every three years. Devotees believe that bathing in the Tirthakshetra at that time gives the virtue of circumambulating the earth one lakh times and performing the hundred yajnas.
Kumbakonam is a district in the Thanjavur district in the Indian state of Tamil Nadu. It is believed that the water of nine holy rivers like Ganga, Saraswati, etc. flows into the Mahadham Sarovar every twelve years. At that time, one million devotees from South India gather here.