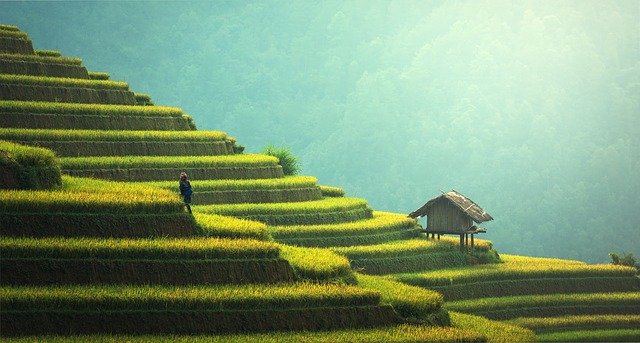 During the Gupta period, farming methods became more advanced. Agriculture This was the main occupation of the people. Useful irrigation from agriculture And the removal of canals has resulted in better yields from agriculture. Farmers grow different crops in different areas. ‘Farmers Happy is the country, happy is the agriculture Preferred.

Agricultural implements, plowing, harvesting, etc.The methods were the same as the traditional ones. Only Extensive land for agriculture along with the expansion of the empire Was becoming available.
Of course also to the question of a growing population Had to face. On more grain production for them Had to be emphasized. Agriculture was mainly dependent on rainfall. Only As the government has a similar policy in favor of agriculture Efforts are being made to bring more land under cultivation.
The government was keen to get the right price for foodgrains. Rural Land under maximum cultivation from Panchayat Attention was paid to bringing. To secret rulers As many means of income are available, it is oppressive on agriculture There were no taxes.
There were no major families during this period. This also shows that the condition of agriculture was good. Skanda Sudarshan Lake was repaired during Gupta’s reign Was. This makes the government vigilant in terms of water supply, It looks like.
Farmers grow different crops in different regions It was a feature of the region. Supplement to agriculture The business of animal husbandry as a business was also good at that time Was in the state. One of the salient features of this period is The practice of donating land, the benefit of land from the rulers Many Brahmins, especially in the Madhya Pradesh region, Later became landlord.

During the Gupta period, various trades and industries flourished Galli, the textile industry had flourished, of textiles Different types existed. From silk, wool, cotton The cloth was made, the silk of the rich and royal people There was a tendency to use extravagant garments.
The textile trade also continued with foreign countries. From that to the merchant The country’s economy was booming during thev Gupta period The textile industry is hugely beneficial in improving the situation Decided.
A lot in the art of goldsmiths and jewelers  during this period Progress was made. Crafts being done. Ivory carvings were made. Demand him everywhere Since India was a world famous country.
To make utensils The business of making jewelery was also common. In metallurgy Great progress had been made. From the Iron Pillar at Delhi The metalwork of that time comes to mind.
About 7.31 m This iron pillar of height and weight of 6.1 / 2 is about one and half It has been facing wool-rain-cold for thousands of years.
But not a bit rusty, this is the specialty of this iron pillar Realizes, in the field of metal refining and casting Good progress was made. So in this period Coins of more or less denominations of different metals exist Was.
These coins were prevalent as a medium of exchange. The coins were proportionate in size and weight. Of the Gupta emperors The image had large linear carvings on it.
Gujarat After coming under the rule of the Guptas, the Gupta kings made money Coins are found dropped. Its for local transactions Should be used.